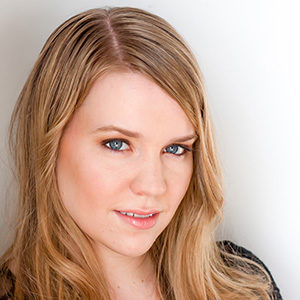 Britt Bonney is a New York-based songwriter, music director, and educator. Her eclectic vocal arrangements have been featured on The Weather Channel, the Fox network, at Lincoln Center, and in Broadway houses. Britt is an alumna of the BMI Workshop, and works frequently as an assistant to composer Alan Menken. As a singer, she performed on the upcoming Beauty and the Beast film as well as the recent Hunchback of Notre Dame cast album, which she also mixed and mastered together with Stephen Schwartz. Britt’s original work has been performed all over the world, from New York to London, Tel Aviv, and Jerusalem, and she is thrilled to collaborate with the tremendous Prospect Theater once again! M.A., Vocal Pedagogy: Columbia University.