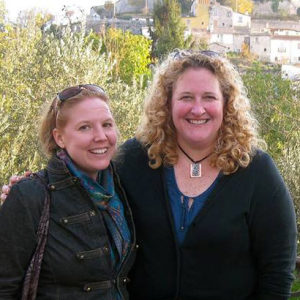 Since 1998, Cara has worked to establish Prospect Theater Company as a vital presence in NYC’s theater community, becoming a leader in the field of new musical theater development. In her work as a stage director and musical theater writer, she has collaborated frequently with Prospect’s resident artist, composer / lyricist Peter Mills, creating new musicals including Golden Boy of the Blue Ridge, Honor, The Flood, and the upcoming Death For Five Voices. She is a recipient of the “Lucille Lortel Award” for Emerging Women Artists from the League of Professional Theatre Women, of which she is an active member. Cara was educated at Princeton, from which she graduated in 1996 with an A.B. in Anthropology and a Certificate in Theater, and in the M.F.A. Program for Directing at Brooklyn College.

A founding member of Prospect Theater Company, Melissa has fostered growth through solid fiscal and business administration in support of Prospect’s mission. She holds an AB in History from Princeton University and an MFA in Theater Management from the Yale School of Drama, and gained practical training at the Guthrie Theatre in Minnesota, the Berkeley Repertory Theatre, the Magic Theatre in San Francisco, and Yale Repertory Theatre. Additionally, she served as the Marketing Director at Ensemble Theatre Company of Santa Barbara. Melissa is also the Producer at the International Festival of Arts & Ideas in New Haven, CT, which is a 15-day celebration of performing arts, lectures, and conversations featuring the greatest artists and thinkers from around the world.