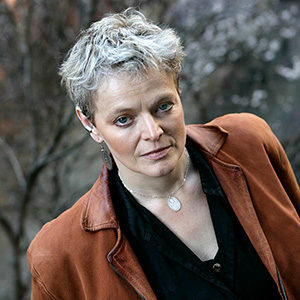 Ellen McLaughlin’s plays include: Iphigenia and Other Daughters, Tongue of a Bird, Helen, The Persians, Penelope, Septimus and Clarissa and Ajax in Iraq. Regional and international venues include: The Guthrie Theater, Actors’ Theater of Louisville, Almeida Theater, London, Intiman, Mark Taper Forum and Oregon Shakespeare Festival. Off Broadway: New York Theater Workshop, National Actors’ Theater, CSC and the Public Theater. As an actor she is best known for having originated the role of the Angel in Angels in America, Appearing in all American productions through the original Broadway run, 1993-1994.