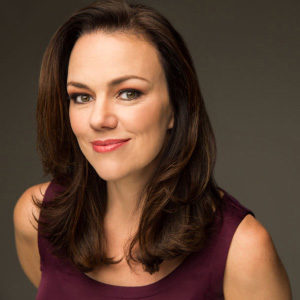 GEORGIA STITT (composer/lyricist) is currently writing the original musicals Snow Child (for Arena Stage), Blue Ridge Sky (with Hunter Foster), and an as-yet-untitled oratorio for choir and soloists. Her other shows include Big Red Sun; Samantha Spade, Ace Detective; The Danger Year; Mosaic; and The Water. She has released three albums of her music: This Ordinary Thursday: The Songs of Georgia Stitt, Alphabet City Cycle (featuring Kate Baldwin) and My Lifelong Love. Georgia is on the Board of Directors for The Lilly Awards Foundation and is the Founding Director of MAESTRA, an organization for women theater composers and conductors. Other fun credits include music directing the recent Off-Broadway revival of Sweet Charity (starring Sutton Foster), music supervising the Anna Kendrick/Jeremy Jordan film The Last Five Years, and playing a nun in The Sound of Music Live! on NBC with Carrie Underwood and Audra McDonald.