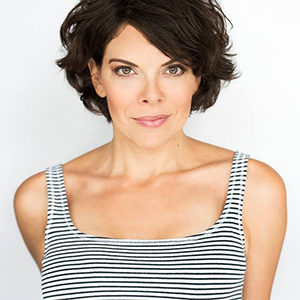 A contributing lyricist on Broadway’s IT SHOULDA BEEN YOU, Jill is currently translating the award-winning Israeli musical BILLY SCHWARTZ, running at the Haifa Theatre. She is the lyricist of TheatreworksUSA’s MARTHA SPEAKS (book by Kevin DelAguila, music by Brad Alexander), and the lyricist/co-bookwriter of THE DOGS OF PRIPYAT with composer Aron Accurso and co-bookwriter Leah Napolin (Weston Playhouse New Musical Award, Jerry Bock Award, NAMT 2011 and Goodspeed’s Festival of New Artists 2012). Jill is a past Dramatist Guild Fellow, a Harrington Award winner in the BMI Advanced Workshop, and a current member of the Musical Theatre Factory writer’s workshop, developing LIKE A BILLION LIKES with Brad Alexander and playwright Erik Forrest Jackson. As an actress, she has performed on Broadway in MARTIN SHORT: FAME BECOMES ME, 9 TO 5, CINDERELLA, and FIDDLER and on TV in The Unbreakable Kimmy Schmidt, Madame Secretary, The Good Wife, among others.