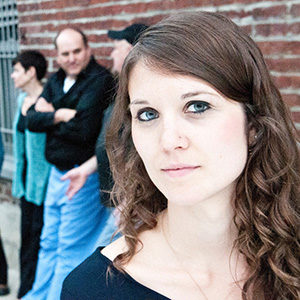 Jojo Ruf is a Coordinating Producer for the Women’s Voices Theater Festival. She is also the Managing Director for the Laboratory for Global Performance and Politics, an initiative of Georgetown University which harnesses the power of performance to humanize global politics, and serves as the Executive and Creative Director of The Welders, a DC-based A Playwrights’ Collective. She previously served as the Associate Executive Director of the National New Play Network, an alliance of nonprofit theaters across the US that champions the development, production and continued life of new plays. She has worked with the Kennedy Center, Arena Stage, Ford’s Theatre, Theater J, and the Provincetown Tennessee Williams Theater Festival. Her work has taken her to Cuba, Poland, Peru, Canada, and throughout the UK, among other places.