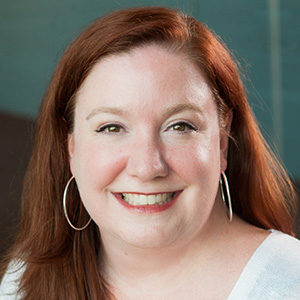 Maggie Boland (Managing Director) joined the Signature Theatre staff in May 2008. In addition to her leadership and Management responsibilities, she is also the primary liaison to Signature’s extraordinary Board of Directors (of which she is also a member). Prior to joining Signature, Boland spent nearly 10 years at Arena Stage in increasingly senior positions, beginning as Marketing Director, responsible for Arena’s earned income, and assuming oversight of the $3 million+ Annual Fund and $125 million Next Stage Campaign in subsequent seasons as the Director of External Affairs. In her time at Arena, the organization enjoyed consistent growth in all income areas and won several prestigious awards for illustration and graphic design. Prior to joining Arena Stage, Boland worked on Broadway at the Roundabout Theatre Company for nearly six years, most recently as the Director of Annual Giving, responsible for raising more than $3.5 million annually. Boland also participated extensively in Roundabout’s capital campaign to fund the restoration and renovation of the American Airlines Theatre. Boland graduated magna cum laude from Boston College’s Honors Program with a BA in English. Boland is a member of the Board of Directors of Capital City Public Charter School and serves as a member of the Executive Committee of the League of Resident Theatres (LORT).