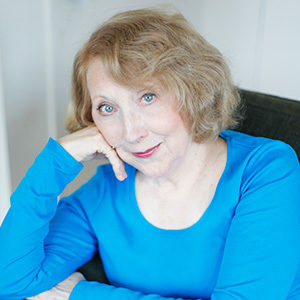 Pam directed/choreographed the critically acclaimed THE MUSICAL OF MUSICALS at the York Theatre which moved to Dodgers Spaces for a year. She was nominated for A Drama Desk Award for Outstanding Direction Of A Musical for the show and won the Kevin Klein award in St. Louis. She has directed many productions at the York including CARNIVAL which won the Outer Critics Circle Award for Best Revival and favorite MUFTIS include TOMFOOLERY and THE SHOW GOES ON, written by and starring Tom Jones plus concert event THE GIFT OF MUSIC. Pam has directed over 100 productions for regional theater including ACTORS THEATRE OF LOUISVILLE, ALABAMA SHAKESPEARE, ASOLO THEATRE, REPERTORY OF ST LOUIS, CINCINNATI PLAYHOUSE, LAGUNA PLAYHOUSE,COCONUT GROVE. Major stock theaters include THE MUNY St. Louis ( the only woman to direct 8 productions) and the famed Ogunquit, Westport and Cape Playhouses. Pam has directed 24 musicals and plays for the latter. Upcoming: MIRACLE ON SOUTH DIVISION STREET by Tom Dudzick for GEVA in Dec/Jan. Pamela is co-president of THE LEAGUE OF PROFESSIONAL THEATRE WOMEN.