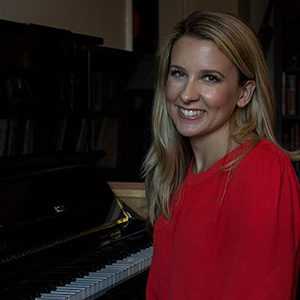 Rachel Griffin is a 2015-2016 Dramatists Guild Fellow (music and lyrics) and an award winning songwriter (National Public Radio, American Idol Underground.)  “We Have Apples,” a musical by Griffin and Accurso, has been featured in The Washington Post, The Huffington Post and on CBS National News. Griffin’s music has been performed at Playwrights Horizons, Alice Tully Hall at Lincoln Center, 54 Below, 47th St Theatre and the Musical Theatre Factory. She started the viral mental-health campaign #ImNotAshamed, which has had over 100,000 tweets.