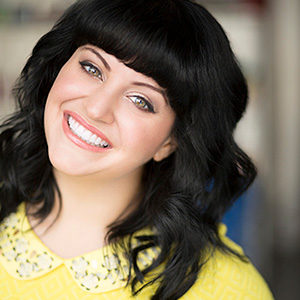 Sherz (which sounds like more than one Cher) has appeared in shows at Lincoln Center, Ars Nova, The Metropolitan Room, Prospect Theater Company’s “Archetypes,” Off-Broadway and Off-Off Broadway’s “Disaster!” and at Dixon Place in “Spring Alive” (cast album available). She can be seen as Lauren in the award winning web series Wing Women and as Azin in Three Trembling Cities. She’ll be making her tv debut on this season of The Detour on TBS.