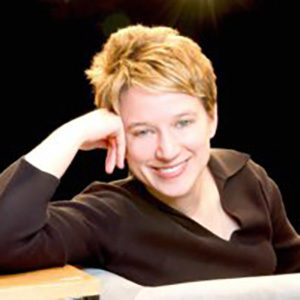 Wendy C. Goldberg is in her twelfth season as Artistic Director of the National Playwrights Conference at the Eugene O’Neill Theater Center. Under Goldberg’s tenure, the O’Neill was awarded the 2010 Regional Tony Award, the first play development and education organization to receive this honor. Wendy leads the National Directors Fellowship, now in its inaugural year. Her work as Artistic Director is featured in the new book The O’Neill: The Transformation of Modern American Theater, published by Yale University Press. At The O’Neill, Wendy has developed over 90 projects for the stage, most of which have gone onto great acclaim in New York and around the country. She is the first woman to lead the Playwrights Conference in it’s over 50 year history.  Wendy is also an award winning director with multiple credits Off-Broadway; regionally at Arena Stage (5 productions), The Goodman (regular collaborator), The Guthrie (2 productions), Cincinnati Playhouse in the Park (4 productions), Signature, Actors Theater of Louisville (four productions), Denver Center (5 productions), Paper Mill Playhouse, and Philadelphia Theater Company, among others. A frequent collaborator with the Goodman Theater in Chicago and Rebecca Gilman, Wendy has just returned from directing a workshop of Rebecca’s newest play,  Red-Wine Leftists: 1977. Upcoming projects include an all female As You Like It for Center Stage, Baltimore. Wendy has been represented on Broadway as Creative Advisor with Rock of Ages and Soul Doctor. As Artistic Associate at Arena Stage for five seasons, Wendy helped create new play initiatives, leading them from inception through 2005. Wendy is a regular guest faculty member at The Iowa Writers Workshop and The Yale School of Drama. She is an honors graduate of the University of Michigan (BA), also Arthur Miller’s alma matter,  where she has been leading the activities for the Arthur Miller Centenary and holds a MFA in Directing from UCLA’s School of Theater, Film and Television where she received the distinguished alumna award last year.